Kyōto was the Imperial capital of Japan for over a thousand years. Japan's history starts with two books written around 710 to 720. However, they're mostly collections of legends of the creation of the universe, in which the Sun Goddess Amaterasu was the ancestor of Jimmu, who became the first Emperor of Japan. That put Jimmu just 8 generations down from the primal deities, living somewhere around 600 BCE.

The early Emperors on the official list are entirely legendary. Emperor Ankō, traditionally listed as #20, is the earliest leader generally agreed to be a historical ruler of all or at least a part of Japan. Emperor Kinmei, traditionally listed as #29 and ruling from 539 through 571, is the first Emperor for whom today's historians can verify dates.

The early Emperors were the leaders of the Yamato clan, which had become the most powerful in Japan. The Imperial house lived in a series of palaces around Nara. Up until the writing of those "histories" the Imperial court had moved to a new location after the death and burial of each Emperor.

Buddhism had arrived from China by way of Korea in 552 CE. By the 700s, Buddhism had a strong influence over the Emperors. But the two "histories" of the establishment of Japan codified Shintō and defined the Emperor as its top authority.

Emperor Kanmu moved the Imperial capital to Heian-kyō in 794. This was a new capital, built on a grid and modeled after the Tang dynasty Chinese capital Xi'an. Heian-kyō, the "Tranquility and Peace Capital", became known as Kyōto, or "Capital City".

The Heian period was the 1,075-year period that the Japanese Imperial capital was Heian-kyō, or Kyōto. From 1192 until 1867 the shōguns, the warlords, were the de facto rulers of Japan, although they were nominally appointed (or at least approved) by the Emperors. The Emperor had plenty to keep him busy in Kyōto, with court and Shintō events and rites.

U.S. Navy commander Matthew Perry forcibly opened Japan to the outside world beginning in 1853–1854. The Shōgun had been nearly powerless in the face of threatened barrage by naval artillery. People lost faith in the Shōgun, and the Emperors came to absolute power during the Meiji Restoration of 1867–1869.

The Imperial court then moved to the Shōgun's capital city, Edo, which was then renamed Tōkyō.

The city was large and remained properous after the Emperor left for Tōkyō. It was not as heavily industrialized as other cities of similar size, and it was the home of much of Japanese history and culture.

During World War II, Kyōto was a target. It was a major rail connection between Tōkyō and Osaka, and it had several major factories producing ordnance and aircraft parts, and radio fire control and gun direction equipment. As a cultural and intellectual center, its destruction might better convince the nation to surrender.

Henry L. Stimson, Secretary of War, insisted that the city be taken off the target lists. Bombing Kyōto would destroy Japanese culture. Stimson's diary entry on 6 June 1945 records his exchange with President Truman:

I told him I was anxious about this feature of the war for two reasons: first, because I did not want to have the United States get the reputation of outdoing Hitler in atrocities; and second, I was a little fearful that before we could get ready the Air Force might have Japan so thoroughly bombed out that the new weapon would not have a fair background to show its strength.

Stimson's diary for 24 July 1945, when he and Truman were at the Potsdam Conference, reveals further reasoning:

We had a few words more about the S-1 program, and I again gave him my reasons for eliminating one of the proposed targets [Kyoto]. He again reiterated with the utmost emphasis his own concurring belief on that subject, and he was particularly emphatic in agreeing with my suggestion that if elimination was not done, the bitterness which would be caused by such a wanton act might make it impossible during the long post-war period to reconcile the Japanese to us in that area rather than to the Russians. It might thus, I pointed out, be the means of preventing what our policy demanded, namely a sympathetic Japan to the United States in case there should be any aggression by Russia in Manchuria.

More on Stimson and targeting Kyōto

The atomic bombing plan for Kyōto placed the aiming point on Kyōto Station. Here is the map, from the U.S. National Archives collection:

Kyōto is still there to visit. 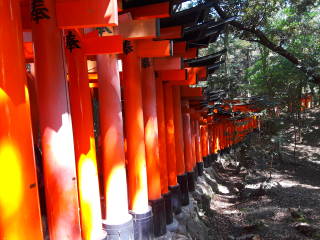 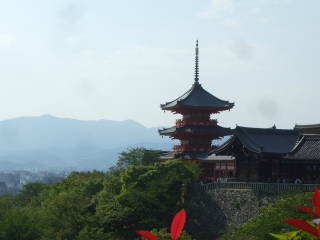 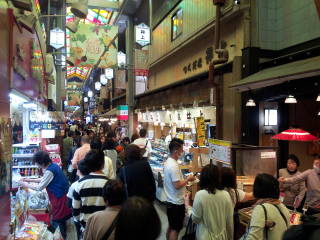