Here's the list, courtesy of a Project Gutenberg CD-ROM and a quick awk search. See, this is relevant! Handy tricks with Unix utilities! I pulled the verses out of the free but archaic King James Version, then replaced them with the far more readable New International Version translations.

2 Kings 20:18 And some of your descendants, your own flesh and blood, that will be born to you, will be taken away, and they will become eunuchs in the palace of the king of Babylon.

Isaiah 39:7 This is a passage where Isaiah is quoting the above verse.

Isaiah 56:4-5 For this is what the Lord says: To the eunuchs who keep my Sabbaths, who choose what pleases me and hold fast to my covenant — to them I will give within my temple and its walls a memorial and a name better than sons and daughters. I will give them an everlasting name that will not be cut off.

Jeremiah 34:19-20 The leaders of Judah and Jerusalem, the eunuchs, the priests, and all the people of the land who walked between the pieces of the calf, I will have over to their enemies who seek their lives. Their dead bodies will become food for the birds of the air and the beasts of the earth.

Jeremiah 38:7-9 But Ebed-Melech, a Cushite, one of the eunuchs in the royal palace, heard that they had put Jeremiah into the cistern. While the king was sitting in the Benjamin Gate, Ebed-Melech went out of the palace and said to him, "My lord the king, these men have acted wickedly in all they have done to Jeremiah the prophet. They have thrown him into a cistern, where he will starve to death when there is no longer any bread in the city."

Jeremiah 41:16 Then Johanan son of Kareah and all the army officers who were with him led away all the survivors from Mizpah whoem he had recovered from Ishmael son of Nethaniah after he had assassinated Gedaliah son of Ahikam: the soldiers, women, children, and eunuchs he had brought from Gibeon.

Daniel 1:3-14,18 Then the king ordered Ashpenaz, chief of his eunuchs, to bring in some of the Israelites from the royal family and the nobility — young men without any physical defect, handsome, showing aptitude for every kind of learning, well informed, quick to understand, and qualified to serve in the king's palace. The king assigned them a daily amount of food and wine from the king's table. They were to be trained for three years, and after that they were to enter the king's service. Among those were some from Judah: Daniel, Hananiah, Mishael, and Azariah. The prince of the eunuchs gave them new names: to Daniel, the name Belteshazzar; to Hananiah, Shadrach; to Mishael, Meshach; and to Azariah, Abednego. But Daniel resolved not to defile himself with the royal food and wine, and the asked the prince of the eunuchs for permission not to defile himself this way. Now God had caused the prince of the eunuchs to show favor and sympathy to Daniel, but the prince of the eunuchs told Daniel, "I am afraid of my lord the king, who has assigned your food and drink. Why should he see you looking worse than the other young men your age? The king would then have my head because of you." Daniel then said to Melzar, the guard whom the prince of the eunuchs had appointed over Daniel, Hananiah, Mishael, and Azariah, "Please test your sevants for ten days: Give us nothing but vegetables to eat and water to drink. Then compare our appearance with that of the young men who eat the royal food, and treat your servants in accordance with what you see." So he agreed to this and tested them for ten days. [....] At the end of the time set by the king to bring them in, the prince of the eunuchs presented them to Nebuchadnezzar.

Matthew 19:11-12 Jesus replied, "Not everyone can accept this word, but only those to whom it has been given. For some are eunuchs because they were born that way; others were made that way by men; and others have renounced marriage because of the kingdom of heaven. The one who can accept this should accept it." 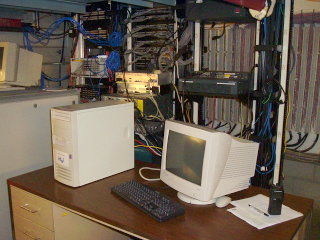