Get some good reference books, these pages are just intended to be study guides. The first book I found was Elementary Turkish, by Lewis V. Thomas, Dover Publications, 1967, ISBN 0-486-25064-4. It's a good book — if you want to try to teach yourself Turkish it might be the place to start, as it's commonly available and reasonably priced. You can buy it from Amazon.

I later found Turkish Grammar by Geoffrey L. Lewis, Oxford University Press, 1991, ISBN 0-19-815838-6. It would be the second grammar book to read if you're considering using both. If you have to pick just one, this would be it.

Thomas' Elementary Turkish is a lighter treatment with far less detail, not just in what it covers but in the crucial explanations. It will give you a very brief description of a concept and then provide an example.

Lewis' Turkish Grammar has, to me, far better descriptions. He has much more prose explaining a given concept, and then he usually provides multiple examples, maybe showing how some mechanism works under different situations of vowel harmony combinations. He then often provides one or a few example sentences demonstrating the concept, those sentences taken from practical sources like Turkish newspapers or books.

I also found that much earlier versions of these pages, based much more heavily on Thomas' book, brought me far more frequent reports of poor descriptions and errors from actual Turks. I could paraphrase or even quote Thomas, and a Turk would say "No, that's wrong", or "While that might be correct according to some grammar rule, a Turk would never say that." While that still happens from time to time with the current pages, now it's because I have made an error or neglected to include Lewis' reasoning for why he presented something in some particular way.

Of course, I still struggle to keep the authors' names straight — Lewis Thomas versus Geoffrey Lewis!

The Turkish language is highly organized and lends itself to the construction of tables. Turkish appeals to computer geeks who figure that anything defined by a rigid grammar can be wrestled to the ground given enough organization (Although figuring out how görüştürülmek means to be made to converse with one another is non-trivial). It's also pretty handy if you worry that you might suddenly be teleported to some random spot on the surface of the Earth. You could travel overland from the Aegean Sea to the Great Wall of China, and speak some Turkic language or dialect to the locals the entire way.

Mind you, Spanish also covers a lot of ground, and Chinese includes a lot of people. But Turkish has practical application way beyond languages like Estonian or Basque or Esperanto.

Turkish is an agglutinative language, a big word meaning that words have suffixes, possibly several, appended to reflect case and number (for nouns and pronouns) or conjugation (for verbs). So, these pages are mostly collections of tables of suffixes, particularly for the verbs. I've been told that the technical term is actually morphotactics.

This means that this collection of pages might be somewhat mislabeled. Yes, there is some discussion of grammar here — topics like word order and relationships between words or phrases of a sentence, the syntax of the language. But the bulk of the material is about inflection — how words are modified when they play different roles. Inflection includes conjugation of verbs (I run, I am running, I was running, I ran, I had run, and so on) and inflection of nouns and pronouns (I, me, my, mine, and so on, and note that English mostly leaves nouns uninflected).

Other advantages of Turkish:

There are a few minor disadvantages and difficulties:

One word of warning — there are undoubtedly many mistakes in the following. If you spot any, please send me a note so I can correct this!

Another is Turkish in Three Months. Someone described it to me as "It really should be titled "Turkish Suffixes" as it is organized by suffix. While the index should be 6 pages instead of 3, it is a great reference book."

Zemberek is a project to morphologically analyze Turkish words. It is hosted on GitHub, code.google.com, and Google's App Engine.

The obvious place to start is Google Translate. Wikipedia includes some lists of Turkish nouns and verbs. Also see the Sesli Sözlük and Dictionarist projects. There's an on-line Webster's Turkish-English dictionary, although its coverage seems very limited and its behavior can be strange.

Music and dialog for listening

ListenLive.eu as a long list of Turkish radio station streaming live on the Internet. 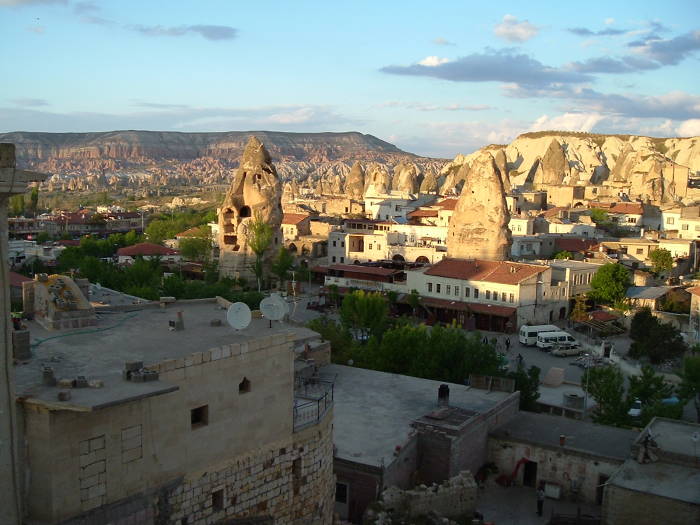