Stay Up To Date

The most important thing to do first is to keep your computers and phones updated. So many hacks and data thefts wouldn't have happened if people had only kept their systems up to date.

Yes, it feels tedious to do routine maintenance like updating your operating system and applications. Here's a cybersecurity insight:

Security and convenience interfere with each other.

That is, to make one go up you usually have to make the other go down. The goal of security is to make things impossible (or at least really difficult) for the bad guys. However, there is often some "collateral damage". Security improvements can inconvenience the good guys. But...

Good news: you can automate your updates!

In Windows 7 this was more complicated. I think it was a good idea to simplify updates, to get people to install them more quickly.

I showed Windows updates first, but of course other operating systems have similar tools. Here is the Update Manager running on a Linux Mint desktop. It is going to update operating system components, user programs, and the third-party Chromium browser as soon as I click on the Install Updates button in the first picture below.

The Update Manager, actually the mintupdate program, on the Mint distribution of Linux.

The Update Manager program upgrading to a new release of the Mint distribution of Linux.

You can even use the Update Manager to upgrade your system to newer versions of the distribution. Just click the Edit menu and see if an upgrade is available, as shown in the last picture above.

Make sure to register the router you use to connect to your ISP. Yes, then the vendor will send you email every week or two suggesting that you buy more equipment from them. But the important thing is that they will tell you when a firmware update is available.

Keep your router up to date! Install firmware updates!

In the first Screenshot below, the status page of my router, it is showing me that a firmware update is available. 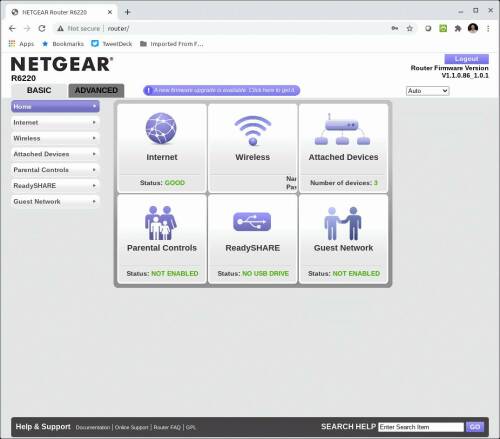 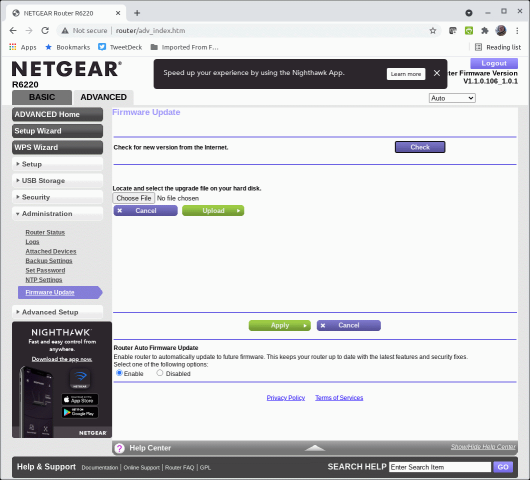 In the last screenshot above, I have gone to the Advanced tab and then selected Firmware Update and enabled automatic updates.

Never use these "online scanner" tools!

Shady operators like the "SafetyDetectives" site openly run scams. You load their page, there's a pause, and then it claims that it has detected dozens of vulnerabilities. Here's their "result" on a fully patched Linux system: 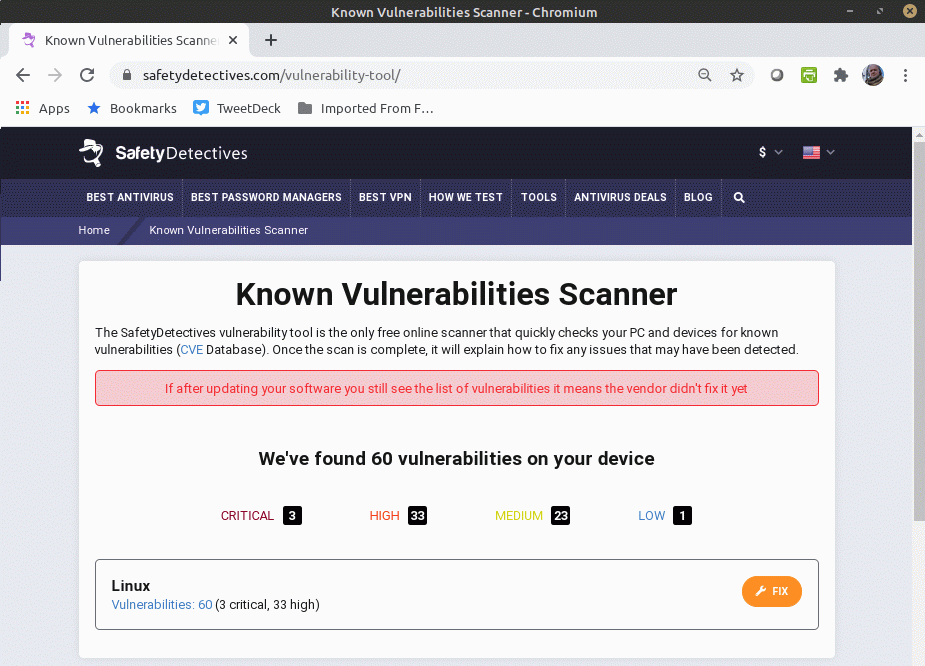 The claim of 60 vulnerabilities is a lie. So is the claim further down the page that their tool has analyzed my system's patching and configuration. They just make these things up.

On Linux, the orange "Fix" button just takes you to a Google search for: upgrade linux

On Windows I expect it to install malware.

Never use these scam sites!

Updating will eventually mean moving to a newer operating system, which may require you to buy new hardware.

See how insecure IE 6 on Windows XP would be

This is an annoyance, but it's necessary. Older systems simply don't have what we now realize are required security features. It's like how cars didn't have seatbelts even as an optional add-on until the late 1940s into the mid 1950s.

Don't try to be safe on the Internet using outdated systems.